GAIA coin offers the security and reliability of the blockchain with an Extensible, Skinnable, Modular platform design capabilities to implement distributed markets and services. While the GAIA block chain operates in the same methodology of the traditional block chain, the GAIA Platform removed the limitations of the QT wallet, and replaced it with an entirely new concept. Coin daemon operates as an OS service accessible through any web browser, this is a new ecosystem developed around the coin daemon to provide expanded set of services and remove limitations of the block chain. The coin daemon is used by the developers only as tool that maintains the blockchain and revert focus on the creation of a platform that supports the e-commerce and development part of the currency. The block chain acts to maintain the integrity of the network, while the Platform acts to integrate a wide range of services previously not easily supported.

GAIA team chosen to migrate from the traditional QT interface and it’s limitations to something more flexible which will give the platform wallet the ability to utilize wildly used and adopted web technologies. Here is a list of the used technologies: Wallets will be available to download at the end of ICO for Windows, MAC OS, and Linux. 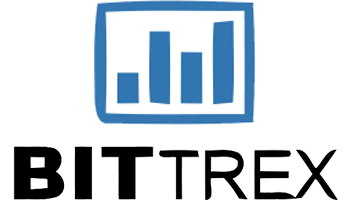 Bittrex will be hosting the GAIA Coin ICO. As a reminder, we are providing escrow for the development team. We are not endorsing this coin or any others on our exchange. Please do your own research before trading. Below are the FULL and DEFINITIVE terms for this ICO; no other conditions are required. At the end of ICO GAIA team will mine the amount of coins sold on Bittrex and set that amount as max coin. The team will deliver the coins to Bittrex within 7 days after ICO is finished.